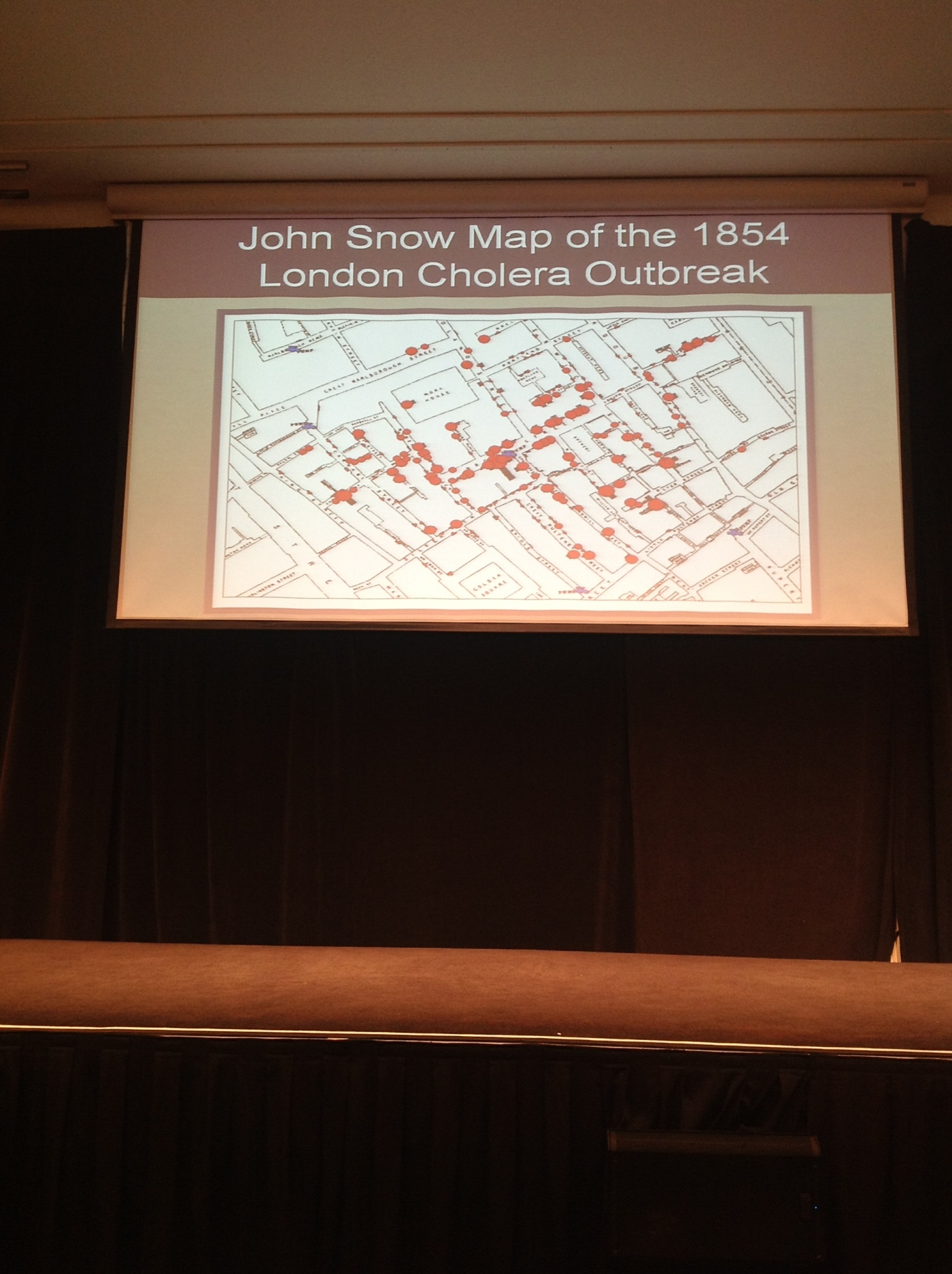 As promised in Part 1, I am writing this article within 24 hours.

When we entered the conference hall, all time favorite author was talking on the subject: “Human/Ethical Aspects of Big Data”. He was saying that Big Data isn’t a new technology and in fact it’s one of the oldest technologies. It seems like in 1854 there was a big Cholera outbreak in London. Engineer John Snow mapped the cholera out broke areas. It indicated that cholera patients where concentrated in a one particular area of the city where there was a water pumping station. Once that station was shutdown, cholera got in to control.

He gave few interesting use cases for Big Data:

Big Data is going to open up so much possibilities – we has as engineers has morale responsibility to let the bean counters (this is the word he used to refer to executives) – whether it’s the right thing to do for the future generations to come.

William Ruh, VP of General Electric Software was the next speaker. He made a point that when 1 billion people got connected, consumer internet was born. But currently in the world there are 50 billion machines. Their vision is to connect all these machines together and build what is called “Industrial Internet”.

Today GE is one of the largest aircraft manufacturers. So far they were getting only 3 data points from the aircrafts:

These data points, wasn’t helping them. Advent of Big Data, they started to get more than 200+ data points every few milliseconds from the aircrafts that where in motion. With this amount of data, they were able to identify a pattern. They were able to figure out that aircrafts which fly to marsh lands accumulate lot of dust in their fans. Once this dirt was cleared properly/frequently aircrafts flying to marsh lands started to have long life……

He told that if they are able to reduce 1% inefficiency in their following lines of business, it would result in several billions of dollars savings (over 15 year period):

So with machines generating so much data, they are confident to identify the patterns and drive the efficiency. He told that in any business fuel is the most expensive cost. They are observing (or already observed) patterns that when rails to run at certain speed, it consumes less fuel. Thus by virtue of running rails above that threshold speed, they can bring this 1% reduction in the Freight Rail.

It seems like GE was in the 7th of 8th place in terms of Wind Turbine manufacturing. But now because of Big Data/analytics there are #1. They were able to lower the power generation cost from 40$ to a single digit number like 8$. Below is the slide which explains what they have done. Basically they have installed sensors with in each Wind turbine. Each Sensor is capable of communicating with other Wind Turbines in the neighborhood. Based on the wind blowing speed and direction, intelligence has been built in to these turbines, so that they can change their direction accordingly. Once any turbine in the neighborhood sets itself in optimum direction, it would communicate it’s direction to it’s peers. So other peer turbines would also adjust their direction accordingly. WOW, what a brilliance. There are also several other intelligence built in to these turbines as shown in the slide. 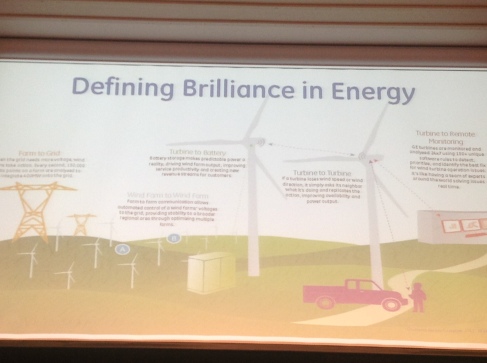 Kaiser Permanente is a leading health care/hospital provider in California. It’s Director of Data Analysis – Michael S. Johnson was the next speaker. Here are few glimpses of his speech:

I am going to take a break and write about the remaining (talks from Teradata, NetFlix, IBM, Google) in part-3. Best is yet to come. Stay tuned.